I spent last week travelling through New Brunswick and New England (Maine, Connecticut, and Massachusetts). I had high hopes that I would be able to spend evenings birding when my work was done but it was dark early, and I was on the road late so there was very little birding to be had. In fact, I think my heart broke a little more each of the 4 times I drove by the Oxbow National Wildlife Refuge and could not stop.

However, when you drive thousands of miles you are bound to see something right?

I had 4 new to me birds that were spotted incidentally, the best find being the Rusty Blackbird on the first night I spent in St. Andrews by-the-Sea. 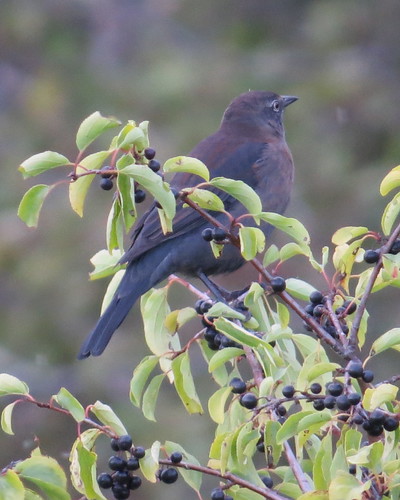 Driving though Maine I spotted a flock of Eastern Bluebirds flying in a farmer’s field so stopped to have a peek.  Those little guys are so cute, and not very common back home. It would turn out that I was so scared driving in the i-95 toward NYC, that once I reached my stop in Greenwich I vowed to never drive on it again and took the backroads out of the city.  And so, I ended up in one of the richest neighbourhoods in North America.  Like think Dupont family rich.  Well, I’m sure it went over like a ton of bricks when I stopped to photograph this Turkey Vulture, but hey you only live once.  Would have been awesome to have had time to visit the Babcock Preserve which is known for Hooded Warblers…will do in the Spring I guess.  I’ll take the Turkey Vulture for now. 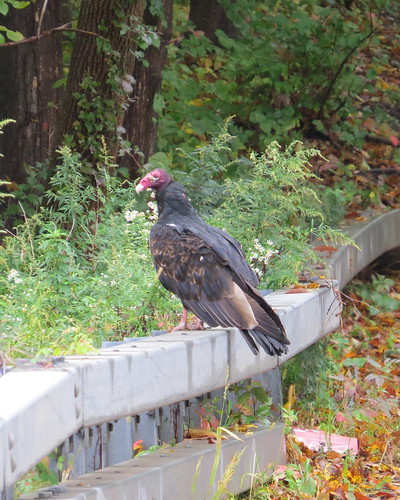 Mother Nature must have a sense of humor because later that evening I happened upon a family of Wild Turkeys, first ones I’ve even seen. The Ferry ride is about the closest thing to a pelagic trip I’ll get in some time but all I saw was Northern Gannets and Surf Scoters. It’s pretty neat to watch the Gannets hours from land though I must say.

Although I had no time for birding in New England, my ferry was due to land in Yarmouth at 8am on Saturday morning so I had planned to visit Cape Forchu to look for Warblers and Kinglets once back in Nova Scotia. However, the ferry landed 7 hours late. Even though I know this would be a terrible time to visit Cape Sable Island for the first time (and it was blowing a gale to boot) I made a stop to see it for the first time at least. Gorgeous habitat for birds can’t wait to get there someday to do some real birding. I did finally get to see a female Belted Kingfisher at least, so not a total wash 

Overall, it was the least birdy road trip I’ve been on but I have great ideas for where to stop when I visit next time. Nothing worth having comes easy they say.