I am a new birder as you  may know.  I got hooked just after New Year’s when I ventured up to Hartlen Point to see the Eurasian Kestrel and met some nice birders, and it became official when I got my new camera at the end of February 2015.

As a member of the Nova Scotia Bird Society I am able to interact with other birders both in person, and on their Facebook group and I must admit I have a wee case of Cape Sable Island envy.  There are a group of birders who live on Cape Sable Island who always get shots of amazing birds like every day and post them on Facebook.  Really great birds…all the time…LOL  Because Cape Sable Island is such a fantastic place for birds that people actually choose to live there to be close to the birds.  People retire there from other parts of the country and from the states, it is that good.  And these people take serious photos, yup.

But this little jealous birder is also fortunate enough to live by another great birding spot, Hartlen Point (and across the water if I choose to drive over is Duncan’s Cove and Sandy Cove also fantastic).  It is in fact close enough for me to walk to if I choose.  It is one of the best migratory points in Nova Scotia it turns out.  So being jealous really is silly.  I just need to start getting up earlier, and honing my photography skills.  Without trying too hard I’ve been able to photograph the following birds just since February at Hartlen Point in the middle of the day so imagine if I get up early? 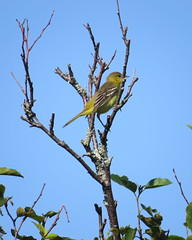 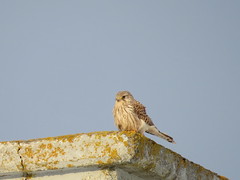 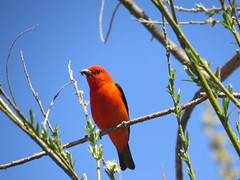 A very talented Halifax songwriter I know, Erin Costelo, actually has a song called “The Birds That Wake The Day”.  Everyone seems to know except me that the birds are most active in the morning.  And my morning 2 hour coffee ritual simply is not conducive to my new bird watching hobby.   Well I’m not ready to kick coffee yet, but I have postponed coffee until after birdwatching on a few occasions and been rewarded each and every time.  Yeah there’s something to this.

Anyway, I might mention that my learning curve is steep but I’m climbing fast as I’m quite addicted to birding much to the chagrin of friends who don’t quite share my passion for talking about feathered creatures.  I’ve also had my fair share of birding bloopers in the past few months and have photographed a plethora of golf balls, airplanes, and buoys in hopes of a rare sighting and had a good chuckle when I downloaded the photos to my computer.  I’ve also been in hot pursuit of a new bird many times and realized that yet again, I’m tracking a Song Sparrow.  Kind of like when you are a kid at the mall and follow your Mom’s shoes and look up and don’t know who that lady is.  You have to be willing to laugh at yourself I think if you are going to learn anything.

Seriously though, a little assistance is appreciated.  Choosing a book written by a local birder is wise in my opinion.  My go to book is All the Birds of Nova Scotia by Ian McLaren.  I got my copy online at Indigo/Chapters (and because I’m a real bird nerd now I got it signed) and it is a great companion guide to my Peterson’s field guide.   I understand that Robbie Tufts book is also excellent as a guide to our local birds.  These curators of our local birds have much to share regarding migration times, hot spots, weather and wind, etc.  So you can have an idea of what to expect at what time in what area and start making some sense of it all.  And, ticking off your “lifers” too, right?

This brings me to another point, twitching.  This twitching thing really never works out for me.  Remember I stopped to see if I could spot the Caracara in Cape Breton and drove a rusty nail up my foot?  Well I never got better at it.  I stopped at Little Dyke in Glenholme to see the thousands of Semipalmated Pipers at high tide that had been spotted the day before and found 7 Semilamated Plovers instead.  So, you see I can’t even do a big twitch.  I’ve also gone to places where people have had lots of luck and had none at all, and gone to places nobody has had any luck and had lots. Truly I just like to walk and take photos so if I like where I am I can’t see how I can lose.  And so I will go back to birding where I am and being happy with that.

I really can’t afford to take trips that are specifically related to birds anyway, but do have occasion to visit many good places for birding incidentally for my work and so far have birded in Nevada, Maine, Newfoundland, and New Brunswick in my free time during business travel.  So if you wonder how I’m stacking up lifers so quickly, look no further for an answer.  I also found a few good birds on a recent backcountry canoe trip in Kejimkujik that were pretty much incidental finds.

The bulk of my great bird finds will continue to be found right here in Eastern Passage though I reckon.  Fall migration is just ramping up so I hope to see some Warblers close to home which all depends on how many mornings I skip coffee I suppose.  The shorebirds are a little easier thankfully as they are more according to the tide so today lifer 175 appeared on the little beach down the road from me.  The Sanderlings are new to me and just arriving in Nova Scotia on their migration path and there will be many more shorebirds coming throughout the month.

Sometimes when I’m away on business I actually can’t wait to get home now so I can pop down to Hartlen Point to see what is going on.

So, do the Cape Sable Island birders have Hartlen Point envy?