Killing kitties is wrong. Or the story of how an expensive bird guide lost my potential business. You decide.

I have been meaning to broach the subject of birds and cats for a few years now.  Looks like I just might get this written before migration season kicks off which I will consider a small victory.

You probably don’t know me, so I will preface this with a little story from my childhood to put things in perspective.

When I was a small child the neighbour across the street kicked someone’s puppy so hard it rolled several times just because it pooped on his lawn.  Immediately following that I kicked him very hard and told him he was a mean person.  I stand by this decision and will never stand by while someone hurts an animal.

Flash forward, today I think I have earned the right to talk about this.  For over 15 years I’ve been heavily involved in the pet community and worked with humane organizations.

In fact, I have a little feral kitten buried in my backyard who I tried to nurse to health in my home who was just too sick to make it.  But at least she knew a little love and comfort in the end when I brought her in and tried to help.  And I’ve held the animals at the shelter before they were taken on the long walk to the back room to die.  If you haven’t been close to death of an animal being killed because of human stupidity, perhaps you just don’t get it.

Anyway, the birds are in such decline we need a villain and blaming is what we do best.  Its why we say it’s all their fault let’s get rid of “them”.  It’s human nature and not the good part.  Let’s try to harness our “better nature” which is tough to do for sure.  All you need to do is look at the news today to see it’s a daily struggle to find your humanity.

I get it.  I love the birds dearly and don’t want them to be killed by anything, including cats.

There are so few birds these days that when we see one we go crazy running amuck with cameras and smart phone apps like a bunch of kids on a Pokemon.

But hey, even my morning cuppa Jo is to blame these days.  I need to start buying bird-friendly coffee (seriously), and make sure I have decals in the window, so they don’t kill themselves hitting the window, and and and.  I’m going to tell you, that humans are enemy number one.  And we create all the problems.  The biggest problem being habitat loss (hello local clearcutting in Nova Scotia as a small example compared to the rainforest but still), and yes sir we have created the cat problem.

Cats really do breed like rabbits, so they need to be neutered, ideally kept inside, and for heaven’s sake not let out to breed indiscriminately.  I get this.  Cat lovers get this.   But sadly, some people don’t care.  About anything. Not birds, not cats, not people, not anything.  Those are bad people.  And they should be punished, not the kitties.  Although if you can educate those people that is great because they may not be bad they might just be ignorant.  Which looks the same most of the time admittedly.

First off, I’m going to state very strongly that there is simply something wrong with a person who would support killing a cat because it eats birds.

Nobody like cat crazy people sure, but bird crazy people (let’s not forget John DuPont…oy!) are pretty much worse.

Because what I have learned about some birders is that they don’t love animals at all.  They just love photos of birds, much like the kind of people who go to zoos because they love animals.

You really can’t talk about loving animals and killing animals in the same breath and ask for any respect from me, sorry. 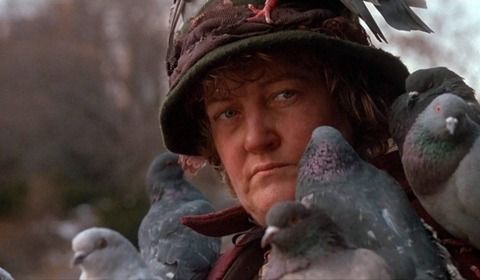 All this has been on my mind for a long time, but I’ve been researching a trip to Greece and was going to hire a birding guide for a pretty penny I might add, but they had an anti-TNR post on their blog.  They can go pound sand if they think I would spend time with them or give them money if what they preach is the killing of cats to save birds.

There is only one way to humanely address the feral cat population and that is TNR (Trap/Neuter/Release).

Culls are scientifically proven to be ineffective and cause animals to have larger litters such as happens with our coyotes here in Nova Scotia.

Do you think you know more than a scientist?  I know of someone else who thinks so too. 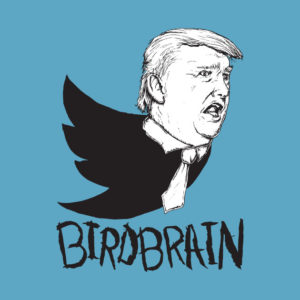 In the birding community I’ll even hear people talk even about killing one kind of bird to save another kind of bird. Where does the killing end? How do you value one life over another?  Does the bird suffer more than that cat?  Does the pretty bird suffer more than the common starling?  It is truly a shame when the cat kills the rare bird we all are dying to see.  But honestly the reason the birds are so rare is mostly human caused habitat loss, driven by consumerism, waste, and greed.

And so, I do understand the last thing endangered species need is one more threat, so we should tackle the cat problem.  Just not through killing.  Promoting killing is well, do I really need to tell you?

It’s terrible that cats kill birds.  Who would say different.  But humans kill more birds and wildlife then any cats could hold a candle to through our shameless destruction of habitat.

We are all walking around drinking bottled water and driving our cars to see pretty birds and blaming the cats for everything.

Look in the mirror humans.  Unless you live a completely off the grid lifestyle and practice leave no trace everything you have birdie blood on your hands I’m afraid.

And sometimes we suck real bad as shown below.  Believe me this is nothing compared to the videos of people shooting birds with high powered rifles for fun.  But nobody gives a crap about Starlings right? 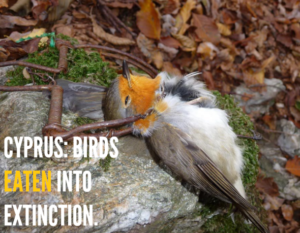 Anyway, back to cats.

Cats are lovely pets who bring a great deal of joy to humans. 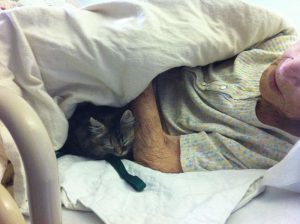 Irresponsible people who don’t spay and neuter their pets and let them roam to breed are the culprits for overpopulation, not the cats.

Some people can’t afford to spay their animals and we have lots of low cost spay and neuter clinics now so help them find one because they may not know.

Please educate people about cat overpopulation and the benefits of keeping cats indoors (which is safer for kitty too).

If you didn’t know this stuff, then I give you the opportunity to learn.  It is the anti-TNR people I’d like to kick in the pants.

We don’t need to bring in “experts” from away the answers are right in front of us.

Talk to people everyday about how little choices can make a big difference.  Support local rescue and humane organization who are practicing TNR.

Here in Nova Scotia we have lots of great organizations who are working to help animals.  Spay Day Nova Scotia is just one that works very hard to get cats off the street. Linda Felix is worth having a coffee with if you want to learn about TNR, and there are many others less well known.  It’s a thankless job to be out there rounding up cats and getting them neutered and needled and fed.  Nobody pays people to do this and nobody pays for their supplies or expenses.  They are volunteers, working on donations to solve a problem.  Why not help them do what you don’t feel like doing yourself and kick them a bit of dough eh?

Yes, I know many of my North American life choices are bad for the planet and there is blood on my hands too.  We are all hypocrites in our own ways, but I at least know killing is wrong.  That is a basic isn’t it?

But if you can look me in the eye and say killing is a better solution than a humane one, then don’t be surprised when I treat you like a zombie with no soul.

Just a few ways to help (will keep adding links over time):

TNR services at the NS SPCA

the ripple effects of Zero Waste

how to live plastic free

10 ways you can stop climate change by David Suzuki

everyday ways you can help the birds 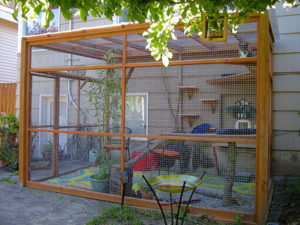 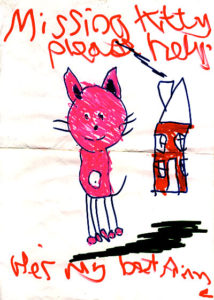 PS – I heard someone said if you absolutely can’t keep your outdoor cat indoors all the time please at least try to keep them in dusk and dawn, particularly during bird migration season.  We can all make choices, if even small ones.

2 thoughts on “Killing kitties is wrong. Or the story of how an expensive bird guide lost my potential business. You decide.”