Share Tweet Pin It
Next Story: Robins, Robins everywhere and what must people think? →
Posted in BEYOND

About a month ago I saw a flock of Purple Sandpipers on the shore not far from my house and haven’t seen them since, until today when 15 flew by as I was examining a group of Surf and White-winged Scoters.  They even landed close enough for me to finally get a decent photo.  One of the best parts of birding is never knowing what you will see at any given time and this serendipitous moment was a bright spot in a dreary winter day for sure. 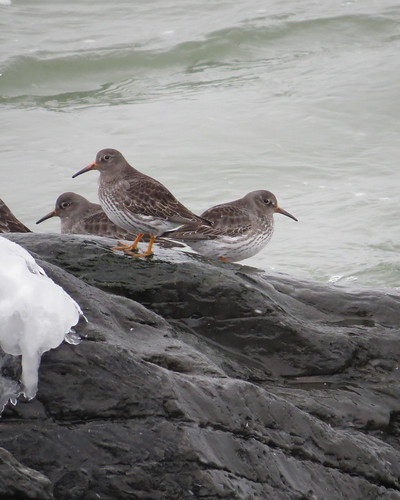 I had more or less resigned myself that in February all I’m really going to get great showings of are Gulls and Sea Ducks. For the most part if you aren’t into Gulls and Ducks winter is going to suck for you as a birder. So embrace them and take them as a learning opportunity and a reason to bundle up and get some fresh air. The winter sea ducks are very beautiful so they are their own reward. As well, you may find interesting things mixed into rafts of ducks. Like a Redhead or a Tufted mixed in with Scaup for example. It is always worth examining large groups of birds for something different that might have flown in with them and we all like Where’s Waldo right?

Gulls are very interesting to watch and there can be 200 different plumages among the two dozen species of Gulls in the world (gleaned from Kenn Kaufman) so a tremendous learning opportunity. And some of them are very pretty once you start looking.  Or cute like the Mew Gull. 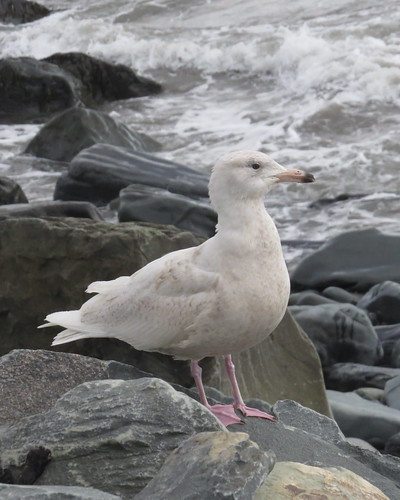 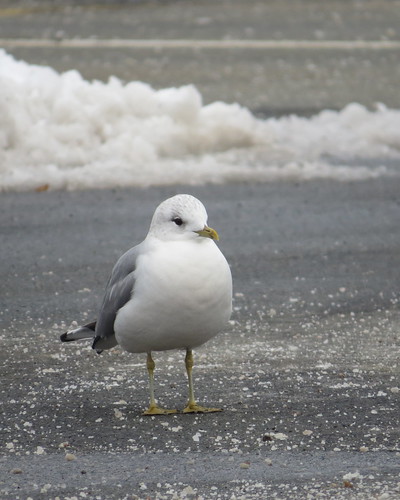 But for me nothing at the shore is going to beat a group of shorebirds flying by in the dead of winter. PS – my winter list has been sitting at 99 birds for over a week now but it’s pretty much in the bag that I’ll get the 100 that Richard Stern challenged me to try to get by end of February.  Hoping number 100 will be a Redpoll, Pine Siskin, or Lesser Black-backed Gull.  I haven’t actually tried very hard but instead just kept track of what turned up in the course of my regular birding.  It is truly amazing how many birds are still around in winter!