A typical Red Fox has an average life span of 2-4 years in the wild, if they can make it to adulthood.

My friends and I think a Bald Eagle grabbed a kit when they first emerged from the den. Four kits were spotted for a bit after that, although one was clearly not doing well. 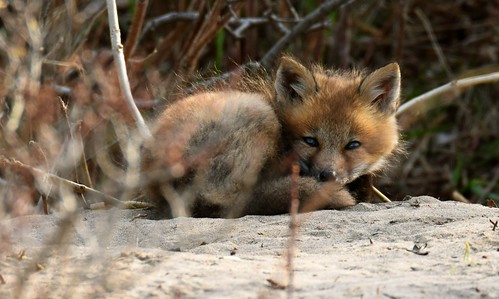 The mortality rate of Red Fox kits is quite high, but not nearly as high as this local fox family experienced.

On May 9th I saw these 3 fox kits alive. The park had not opened yet.

It would be typically expected for perhaps 2 to make it to the fall, and after that maybe only 1 to reach adulthood so things appeared to be on track.

But, once the park opened for the season things quickly went downhill.

I’m not sure what the fine is for feeding wildlife, but it matters not at this was not enforced.

It’s safe to say that human intervention caused the death of at least 1 (possibly 2) of the kits.

The park opened on May 18th and right away park visitors started feeding the kits. Within 2 weeks the kits made the local paper.

Momma wasn’t seen much around after that, and I don’t think that is a coincidence. Kits shouldn’t be on their own until about 7 months old, which should be October in this case. 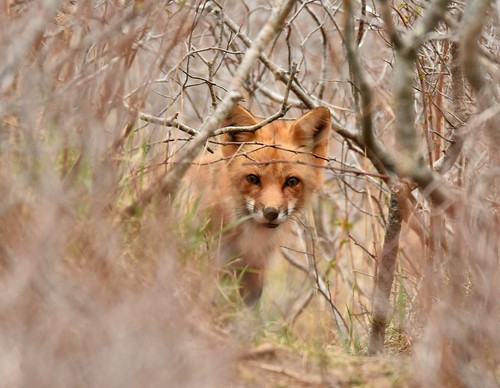 I found a dead kit by in the parking lot by the beach house on June 23 and only one kit was spotted after that. I decided then he was the little prince of Cow Bay. 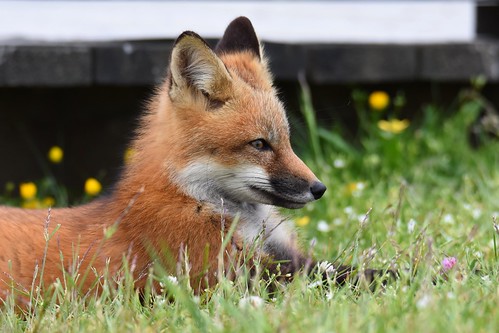 By end of July this our little prince was sitting on picnic tables being fed ice cream and pizza by park visitors.

Surviving all odds, this little fellow was strong and healthy and should have grown up in his beautiful seaside kingdom.

It was amazingly sad for me to witness parents encouraging their children to feed the fox. And here I thought every Canadian knew not to feed wildlife…sigh.

Fox kits need to learn to hunt on their own by 7 months of age or starve to death, so being fed by humans put his life in direct jeopardy.

Instead of thinking about the impact of human intervention on this innocent creature, the concern seemed to be primarily that he may nip someone.

A sad victim of human ignorance, now he lives in a cage at the Shubenacadie Wildlife Park.

Our little prince of Cow Bay no longer free to enjoy his beautiful seaside kingdom.

If you visit him, remember his past and see the difference.

We can learn from our mistakes, 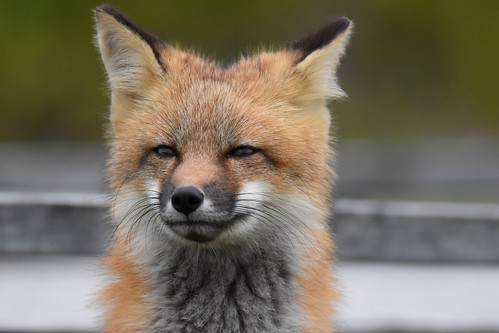 “I write better in Cape Breton… too many people around in Ontario. Down there I meet all sorts of non-human people, but they don’t bother me, and I don’t feel I have to apologize on behalf of my species quite so often.”
– Farley Mowat

Red Fox don’t have wonderful eyesight, but a great sense of smell and an even better sense of whimsy.  Born near the beach in Nova Scotia, this little feller loves to lay in the fresh grass as you can see by the stain on his chin.